The Orontes in the Tiber? An essay on classical concepts

Cypriotic masks from the Late Bronze Age. An original concept?


For centuries Cyprus has been a junction of foreign relations. These contacts have marked the Cypriote civilisation significantly, as can be noticed in the use of masks. The oldest terracotta masks are from the Late Cypriote period. Stylistically they can be subdivided into two categories: the anthropomorphic and the demonic masks. All specimens were found in the sacred areas of Enkomi and Kition. This location suggests a religious meaning: it is possible that the masks were used for the occasion of initiation rites. The Cypriotes probably adopted the idea of using masks from Syro-Palestinian examples, but stylistically they developed an original concept. There are several indications that, down to the Archaic period, the Cypriote Late Bronze Age masks became stylistic role models for Syro-Palestinian and Spartan masks.
:download pdf:

Confrontation or coexistance? The relationship between local inhabitants and Greek colonists in southern Italy


This article is focused on the question of whether the relationship between original inhabitants of southern Italy and the earliest Greek colonists should be described in terms of confrontation or coexistence. Due to discontinuities between archaeological disciplines and methods this question is difficult to answer. In the Classical Greek approach, the relationships have been described in terms of a Greek dominance, which is documented in historical Greek sources. The Italian prehistorical approach on the other hand is based on archaeological sources. These cannot affirm a Greek dominance, although Italian prehistorians are hardly concerned with the Greek colonial period. This dilemma demands more uniform research methods which bridge the gap between Italian prehistory and Greek history. An attempt is made here by analyzing the graves from Francavilla Marittima, the earliest of which are from the precolonial period, the latest from the colonial period.
:download pdf:


In Antiquity and until the nineteenth century there had been a great interest in gems, precious stones with an incised (intaglio) image. In the ancient world, gems were used as jewelry for finger-rings (daktyloi), and as signets to seal documents. In post-Antique Europe, gems and their impressions were collected by scholars and aristocrats. The interest for ancient signets and impressions thereof resulted not only in the vast collections acquired since the Renaissance, commonly called daktyliothecques, but also in a major field of art historical attention for their pictorial images. Prominent daktytiliothecques are those of Abraham Gorlaeus and Philipp Lippert, both of whom also published books on their favourite pursuit. Impression techniques were continually being refined until the discovery of glass paste as an ideal caste, which shows the intaglio to its fullest advantage. This technique had already been used in Antiquity but was rediscovered in the seventeenth century by William Homberg, after which it was adopted by Philipp von Stosch and James Tassie (hence the word ’tassies’). In the nineteenth century, interest in gems and their images began to dwindle and the art of gem cutting gradually lost popularity.
:download pdf:

Between history and archaeology. City and country relationships in Antiquity


The article discusses a number of contributions to the book City and Country in the Ancient World (John Rich and Andrew Wallace Hadrill (eds., Routledge 1991) in relation to the author’s own work in the Pontine Region in Central-Italy where he directs a fieldsurvey. Attention is focused on the contribution of field survey to our understanding of city and country relationships in Antiquity. Themes like urbanization, elite mobility, colonisation and stateformation are touched upon. Both the articles reviewed and the author’s own research lead to the conclusion that archaeology has an invaluable contribution to make to our understanding of urban and rural development in the mediterranean world. Moreover, it is concluded that this particular field of study is particularly advanced in the integrating of historical and archaeological data.
:download pdf:

The city in the Greek and Roman world 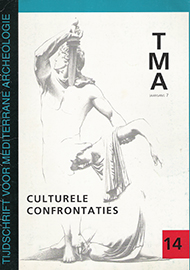