Myth in Word and Image. An interpretative dilemma and the Swiss paradigm

Different sources of inspiration have been suggested for Greek mythological images. Hanfmann thought that Greek art with its imitation of nature and narrative style influenced the development of myth; Gombrich reversed this by stating that the narrative and descriptive myths influenced the development of Greek art. Swiss scholars developed their own paradigm. Burkert and Schefold still operate from the ‘primate of the world’ (over art) idea. The Swiss LIMC catalogued the content of written myths; there is no attempt to interpret the mythological scenes as art. The lexicon operates on the ‘word’ principle. Bérard, together with scholars from Lausanne and Paris, started a different approach in which archaeology, anthropology and religion are used to study the context of mythological images. He discovered very useful information on the contents of images. It seems that the old dichotomy of word and image can be resolved by taking both back to their historical contexts. Images have their own story to tell, because they communicate on a level different from words.
:download pdf:

Mythological births are one of the themes most representative in Greek Art. Especially popular was the way in which Athena was born from Zeus’ scull. Since the 19th century these scenes have been the subject of many studies, and several typologies were drawn up by different scholars. Most of them base their classifications on the presence of Hephaistos because of the important role assigned to him by ancient text writers. This is, however, an antiquated point of view, according to which all representations are merely ‘illustrations’ for the texts. A more adequate approach is to consider texts and representations as two different sources: literary and iconographical. They are independent from and complimentary to each other. After studying the representations of Athena’s birth, the presence of Hephaistos turns out to be of no great importance to the iconography of the scene. It is on the contrary Eileithyia, the goddess of childbirth, that is depicted on almost all the representations of the theme. This new typology is therefore based upon here presence/position on the scenes, rather than on that of Hephaistos.
:download pdf:

Suovetaurilia. The myth of a typical Mars offering

According to the iconographic and literary sources, the suovetaurilia (a combined offering of a pig, a sheep and a bull) was performed exclusively for Mars. As a result, scholars often considered it impossible that this form of sacrifice could have taken place in a cult place dedicated to a deity other than Mars. However, analysis of the archaeozoological evidence and its archaeological context in the votive deposit in Satricum, Borgo Le Ferriere (Central Italy), and a comparison between this material and similar remains of animal offerings in Rome both show that suovetaurilia was not exclusively reserved for Mars, yet was common to female deities as well.
:download pdf:

Homeric Influences in the Royal Tombs at Vergina? Justification of Philip II’s rule over the Greek poleis

This article addresses the question of whether the funeral of Philip II, and the extreme wealth of the royal tombs at Vergina, are part of the larger Macedonian aim at Greek integration by using customs known from the ancient author-poet Homer. In this paper the author shows that the splendid Tomb II at Vergina is most likely the tomb of Philip II (rather than of Philippos Arrhidaios III) of Macedonia. The identity of the Macedonians was in a rather ambivalent position; to the other polis-oriented Greeks they were outsiders, yet because of their economic importance they were of necessity considered less barbaric than the ‘Barbarians’. The Macedonians were highly aware of this and made several overt attempts to show their Greekness, especially under Philip II’s rule, since the Greeks would never accept the rule of a non-Greek. One way to show this was to use ostentatious references to Homer, part and parcel of the Greek identity. In her research of the royal tombs at Vergina, which are most likely related to Philip II, the author has found at least five concrete parallels with Homer which would accord with the Philip II’s general desire to display his ‘Greek’ identity.
:download pdf:

In this article the author reviews Friedemann Scriba’s monography Augustus im Schwarzhemd? Die Mostra Augustea della Romanità in Rom 1937/38 (Frankfurt a/M 1995). Scriba’s study offers a detailed reconstruction of the monumental archaeological exhibition devoted to Augustus’ bimillenary and its propagandistic value for the fascist regime. Althoug Scriba plays substantial attention to the ideas of the archaeologist Giulio Quirino Giglioli (the organizer of the Mostra Augustea), the reviewer argues that this study neglects the hidden agenda of the so-called ‘militant’ archaeology, which Giglioli represented. On this agenda was the re-writing of the history of the Roman empire “from a typically Italians” perspective, i.e. by primarily focussing on the archaeological material instead of the literary tradition. Altough Scriba deals with a broad range of topics which may be connected to the Mostra Augustea, especially in the field of (fascist styled) aesthetics and museological didactics, he hardly deals with the history of Italian archaeological scholarship from the later 1890s onwards and its relation to this exhibition.
:download pdf:

The concept of myth is not easily defined; a historical evaluation of myth is therefore not without its problems. Yet the comparison between the different attitudes and conclusions reached by various scholars pose interesting questions, such as the question of the interrelationship between the intrinsic value of myth (religious beliefs) versus its scientific analysis. Both myth and logos are concepts that illustrate the power of the word. During Greek civilization we see an evolution from mythic-religious mindset to the logical thought of philosophy. The victory of the Apollonian over the Dionysian element in Greek religious thought signifies the supremacy of Logos over Mythos. The latter becomes apparent when religious cults like the Thesmophoria and the cult of Demeter are more closely examined.
:download pdf:

Aspendos, often mentioned for its Roman theatre, is probably best known for its peculiar aqueduct system serving the city. This article presents the Aspendos Aqueduct Research Project, initiated by drs. H.P.M. Kessener. The water, coming from the mountains in the north, crossed a valley before arriving at the acropolis of Aspendos. In order to avoid the construction of a very high bridge, the water was lead by means of an inverted siphon. The stone pipeline ran over two hydraulic towers. The purpose of these two hydraulic towers is not yet clear, nor have the header and receiving tank of the siphon been identified. Beside the inverted siphon, the project is also concerned with the supply of the aqueduct and the urban distribution of the water it carried.
:download pdf:

Ore-washeries in Laureion. Research in the past, present and future

A Belgian team of archaeologists has been at work in Thorikos and Laureion (Attica) since 1963. Recent attention has been directed by the present author towards the ore-washeries in the region. These installations were used to concentrate the ore and numerous -especially rectangular – examples have been found. In this article these studies done in the past and the objectives and the methods of present and future work are briefly considered. This is followed by some results from present work and some perspectives for future research. Although the ingenious washeries played an important role, they have never been studied in detail and many questions remain unanswered.
:download pdf:

The archaeology of rank 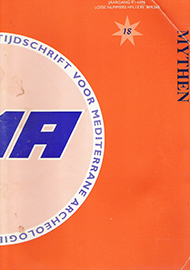