Defining and Classifying the Archaeological Practice. The Israeli example.

Nilotic Landscapes in the Roman World. Mirrors of which Image? Some Remarks about the Meaning of Material Culture in Complex Societies on the Basis of a Specific Example

In this article a contextual analysis of the so-called nilotic landscapes, popular in the Roman world from the first century BC to the sixth century AD, is presented. It shows that depictions of Egypt and the inundations of the Nile not only have different meanings in different Roman contexts, but they can also serve as a source for the study of Roman views on the (exotic) Other.
:download pdf:

“Each man cried out to his god”. The specialized religion of Canaanite and Phoenician seafarers 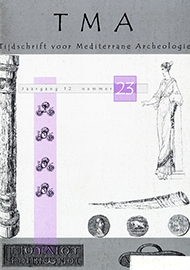