In this paper the shape of the volcanic island of Thera prior to the Minoan eruption is discussed. It is proposed that the island consisted of a closed caldera rim, that the caldera was smaller than at present and that in the north some cones (three?) were present. The presence of salty water inside the Minoan caldera, as inferred from the presence of marine shells in stromatoliths, is not necessarily due to an open connection to the sea, but may have been caused by evaporation (cf. Friedrich 1994). An analogy can be found on the island Sal of the Cape Verde Islands. The relative size of the Minoan eruption and the much lower sea levels at the time of the eruptions prior to the Minoan one, also indicate that an open connection between the caldera and the sea is unlikely. This seems to be confirmed by the presence of Minoan sherds on the islet of Aspronisi.
:download pdf:

The City in Ancient Israel

The author published a book in Dutch on this subject in 1984. At present, he is preparing a revised and updated version in English. Not only have the results of nearly two decades of archaeological research been taken into consideration, some points of view have also changed. To name only one: recently a discussion has begun on the exact function(s) of what we are used to calling “cities”, especially because many of the famous “cities” of ancient Israel hardly produced dwellings. One result of this discussion had been the suggestion that they have to be considered as “containers of power” (Herzog) in the first place. Another difference with the previous edition is the discussion of sacred places and installations. Our knowledge on these has increased enormously over the last fifteen years. The ancient land of Israel has long been the most intensively investigated and excavated part of the Near East, but recent work in neighboring countries, especially in Jordan, had yielded much new relevant data.
:download pdf:

Highland exploitation of the plain of Sybaris (Calabria), The Monte Sellaro survey

The authors report on a short survey campaign carried out in 1998 in the highland of the Sibaritide in South Italy in the immediate surroundings of the Monte Sellaro. This is a very characteristic upland zone that is dominated by the twin peaks of the Sellaro and Panno Bianco mountains. The survey aimed at a preliminary mapping of the long term exploitation of this area in terms of arable farming and pastoralism. The mapping was achieved by extensive surveying and non-systematic artifact collection. Permanent settlement in the area was recorded for the Bronze age to Hellenistic periods. Nowadays the area is still in use for traditional farming and herding and boasts a small monastery. The authors place the fieldwork in context of the general settlement developments in the Sibaritide during the protohistoric and early historic periods. The survey anticipates a foreseen research program on highland exploitation in the hinterland of the plain of Sybaris to be carried out by the Groningen Institute of Archaeology.
:download pdf:

An archeozoological study of Italian sites in the Bronze and Iron Age.

This paper gives a preliminary overview and interpretation of archeozoological statistical analyses carried out for the authors research, which will be published as a dissertation titled: Features of pastoralism; Landuse in Early Italy. The research focuses on the reconstruction of pastoral land use in South and Central Italy during the first millennium BC. The results of the analyses of the Bronze and Iron Age bone samples led to two important conclusions: Firstly, the difference in composition of the bone samples of the two regions appeared to be statistically significant. The bone samples of Southern Italy differ clearly from those of Central West Italy, in the Bronze age as well in the Iron Age. Secondly, the differences in composition of the bone samples within one site over a period of time were less evident. Apparently, a “site bounded conservatism” is responsible for the composition of the livestock during the first millennium BC.
:download pdf:

Beirut: a Biography of a Port

The history, principles and results of archaeological investigations in the Beirut Central District have provided a good perspective on the biography of the city. The synthesis of Jean Lauffray has been the main source of information on the history of the city. In 1994 the rescue operations in the battered city-centre started on a large scale. The first analyses are in progress and provide insights into the long-term developments in this port of trade in the Eastern Mediterranean. Fourteen teams of universities throughout Europe and the Mediterranean have participated in this giant project. The oldest remains date to the Upper Palaeolithic, whereas the urban history starts in the Bronze Age, reaching its heyday in the Iron Age. Being a bridge for the Romans from which to break the resistance of regional powers, Beirut became a colony and the urban families were able to consolidate their power and privileges throughout the Roman and Byzantine periods and beyond.
:download pdf:

The discovery of the past. The origins of archaeology 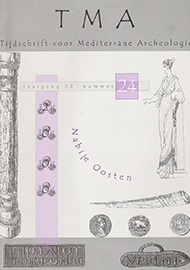