In this thesis the focus has been the identification of warrior types and their fighting techniques. These warriors used to live among the indigenous people of ancient Luciana during the 1st millennium BC. The combination of iconography, artifacts and historical sources were used to create a picture of the situation during that time. Six levels namely weaponry, combinations, warrior types, fighting techniques, tactics/strategies and ranks have been introduced to clarify this situation. In every level a number of criteria and characteristics have been used to tackle the specific problems associated with it. The results show twelve warrior types, from which eight infantry types, one cavalry type and three infantry types with horses for transportation. Conclusions about these types tell us that a long development of military equipment and combat systems took place. The Greek and indigenous warriors competed in these areas to improve their situation to ultimately dominate the other. What makes it interesting is that a similar situation could have existed near other Greek colonies elsewhere.
:download pdf:

A metallurgical survey in Muro Tenente

This article is about a metalsurvey in Muro Tenente, in the south of Italy. In the Mediterranean such a survey has never taken place before and field surveys are performed without the use of metal-detectors. This experimental survey therefore was to answer the question if, and in what way the results of this type of survey differ from the formally performed field survey. The outcome of this experiment provided some new and exciting information. A total of 203 metal objects were found during the metal survey. Almost 80% were finds of lead, mostly pottery repairfragments. 19 coins were found and gave some insights in the early use and development of coins. One peculiar find was a coin from Croton dated to 530-510 BC. It was not only the oldest coin found in Muro Tenente, but also the oldest datable peace of metal ever found on this site. The find of coins is interesting because they were hardly found during the field survey or even at the excavations. Another rare find was a piece of a golden earring (4th century BC) from Taranto, probably used as a gift exchange between elites. Hopefully the positive results from this type of survey will be repeated elsewhere in the Mediterranean.
:download pdf:

In this article the emergence and development of olive cultivation in Southern Italy is discussed and its role in the shaping of the economic and social aspects of Late Bronze Age settlements, in particular the site of Broglio di Trebisacce (Calabria), which serves as a case study. Firstly, a critical examination is given of three basic types of direct archaeological evidence concerning cultivation of the olive, namely botanical data, artefactual evidence and traces of environmental influences caused by new agricultural developments. The conclusion is reached that the origins of olive cultivation can be traced back to the latter phase of the MBA (14th century BC). Next, the archaeological evidence for economic and social change during the Recent and Final Bronze Ages is discussed, laying emphasis both on the role of olive oil and association with the Aegean trading partners by the emerging elites. Lastly, a theoretical framework for social stratification in LBA Italy is given, incorporating some ideas on the role of the olive in this process.
:download pdf:

The author discusses traditions of interpreting metalwork in the context of Italian protohistory, and introduces an alternative approach to bronze objects from northern and central Italy (Middle Bronze Age – Early Iron Age, ca. 1700-700 BC). The proposed methodology enables one to consider the depositional patterns – i.e. the distribution between contexts of settlement, burial and hoard – of several classes of bronzes at the same time, thereby avoiding interpretative traditions that segregate reconstructions either by kind of archaeological context, or by class of bronzes. It is suggested that practices concerning the deposition of bronzes in contexts of settlement in the Middle and Late Bronze Ages, became embedded within funerary practices in the Final Bronze and Early Iron Ages.
:download pdf:

The Barbarians speak. How the conquered peoples shaped Roman Europe 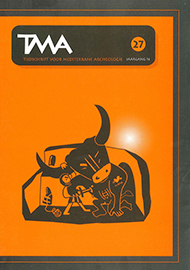