The author makes it clear that the image of the Philistines (namely that of a very aggressive member of the Sea Peoples and an opponent of Israel), which derives especially from the Hebrew bible, is based on a wrong interpretation of the textual material and a carelessly applied archaeological interpretation. He uses the reliefs of Medinet Habu to explain that the iconographic approach should get as much attention as the historic approach. The image of the Philistines that derives from the iconographic method, shows us that the Philistines have a very long history in the Levant and were one of the groups that sided with Egypt most of the time and only once rebelled against Egypt. Moreover, an economical dominance, which requires merging with the natural inhabitants, seems more likely than a military one in view of the archaeological evidence. Finally, the author draws a parallel between the Philistine case and the settlement of the Israelites in Canaan.
:download pdf:

Kathleen Kenyon’s excavations in Jerusalem have yielded some surprising results. No trace of a Late Bronze Age town was found, while from the Early Iron Age only a large terrace system was excavated, suggesting the presence of a fortification, not a town. This seems to be in contrast with some of the literary sources: the Amarna letters and biblical texts. However, a close reading of Abdiheba’s letters may support the suggestion that Urusalim was a royal estate, managed by an Egyptian official. The Early Iron Age fortress may have been constructed by the Egyptians as well, in an effort to resume control of the Jerusalem region. These ideas also influence our perception of the situation in the Late Iron Age, when a new town was built, an activity involving a newly established political entity.
:download pdf:

The identification of Bet-Shemesh. An Example for the Relation Between Archaeology and the Bible

The identification of Beth-shemesh with tell er-rumele is quite certain, solidly based on the preservation of the ancient biblical name on a nearby site and on its location. The interpretation of the material remains is a matter of scholarly debate, in which the danger of circular arguments is obvious: the Bible interprets the material remains and vice versa. Circular arguments, however, are inevitable when bringing together such incommensurable entities as biblical texts and material residue. Nevertheless, the challenge should be faced, starting with the specific refined methods of biblical research and of archaeology, so that both disciplines can profit. In this article it is put forward that the lacking of Beth-shemesh in the town list of Judah (Joshua 15:21-62) is connected with the destruction of Beth-shemesh IIC at the end of the 8th century BC.
:download pdf:

The Beginning of the Iron Age in the Southern Levant. The Origin of Israel

This paper covers the period from the end of the Late Bronze Age to the beginnings of the Early Iron Age in Transjordan and part of Palestine. During the Late Bronze Age the region of Transjordan was situated just outside the Egyptian empire. Only Pella in the Jordan Valley and later Deir’Alla formed part of the empire. The economy of this region was largely determined by a trade route from Egypt to Mesopotamia. Towards the end of the period international events caused this trade route to collapse. The result was a total collapse of the infrastructure in the plain of Amman and a new economy in the regions evolved. This caused a migration of tribes towards the south and the west, across the Jordan river.
:download pdf:

What did the Biblical writers know and when did they know it? What archaeology can tell us about the reality of ancient Israel 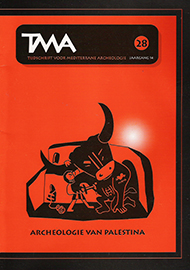