Neolitic Calabria: a reconstruction of economical use of the landscape with the use of GIS

Doctoral research presented within this article reinterprets off-site Neolithic land use within southern Calabria (Italy), through synchronic and diachronic GIS approaches. It furthers the integration of the concepts of agency and taskscape within GIS research to show how one can adequately model the effects of human decision-making. Within this project, by examining the consequences of the implementation of a range of economic strategies through space and time, land use patterns of daily activity became the backdrop for an imagination of Calabrian Neolithic society on a wider spatial and temporal scale.
:download pdf:

The key to the coffin. A study of the growing complexity of leadership during the Early Iron Age in Italy (950-700 BC)

In the beginning of the Italian Iron Age the tombs of high status male can generally be recognized by the expression of a warrior role and female status is expressed especially by objects that are related to a highly decorated wardrobe. From the first half of the ninth century onward there is a change noticeable towards more elaborate material expressions and a growing importance of secondary individual social functions. The continuance of this development into the eighth century facilitates the recognition of a new form of leadership from the contents of high status tombs; a form of leadership that involved political, military and religious power.
:download pdf:

The necropoli of Muro Tenente. A physical anthropological research

This article presents the physical anthropological research of the indigenous South Italian settlement of Muro Tenente in the Hellenistic Age. Some 40 skeletons were excavated of which only 28 were studied. Unfortunately a large number of the skeletons were fragmented and little could be done with this material. Nevertheless a general picture of the population of Muro Tenente could be drawn. The age groups of 0 to 15 months and 7 to 17 years are missing. The adult age group was demographically compatible with contemporary sites in Southern Italy. As with other sites more women than men are found on the necropolis. The population of Muro Tenente was short, muscular and living on a mostly vegetarian diet. Adults generally suffered from degenerative arthritis, caused by hard physical labour, which manifested itself at a young age. Although there are a few individuals who were ill or underfed, there are no signs of prolonged periods of malnutrition or disease. The general health of the population must have been good.
:download pdf:

The Roman road from Lanuvium to Antium. Improved accessibilty as a trigger local social-economic change

The article presents some of the preliminary results of the project Carta Archeologica del Comune di Nettuno, conducted by the Groningen Instituut of Archaeology (GIA). Surveys within the borders of the community of Nettuno show the presence of a subsistence based economy at least until the mid-Republican period. The construction or paving of the road from Lanuvium to Antium triggers a dramatic shift in settlement type and location and brings the social-economic integration within the Roman Empire for the area under study.
:download pdf:

An increasing hierarchy of access on a self created stage: reception rooms in the late Roman villa Piazza Armerina

This article focuses on the Sicilian Late Roman villa at Piazza Armerina and its main reception rooms: the audience hall and the grand dining hall. In his book Roman housing, Ellis (2000) states that receptions became more formal during Late Antiquity. Although the audience hall and the grand dining hall can be compared to earlier reception rooms it can be stated that they do seem more formal, because the houses were bigger, the way to the reception room was longer and the decoration was more elaborate. This was used to create various grades of privacy and to gain greater control of the access to the rooms. At Piazza Armerina this resulted in a great differentiation in reception possibilities for various guests with different status.
:download pdf:

This paper argues that the fifth century AD saw the city of Rome once more establish itself as the seat of imperial power. The prolonged residence of the emperors Honorius and Valentinian III, as well as the attested presence of most of the subsequent emperors, can be inferred from historical sources. In the case of Honorius and Valentinian, archaeological evidence, in the form of their palaces and mausoleum, can be used to sustain Rome’s claim to imperial residence. It was Rome, not Ravenna, that would be the imperial capital of the west during the fifth century.
:download pdf: 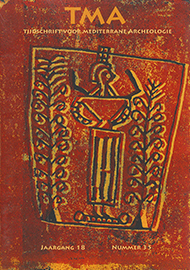