Sacred and Profane: an introduction

The title of this issue of TMA, Sacred and Profane, at first sight poses a dichotomy. The two terms, which are commonly defined as ‘consecrated to a god’ and ‘not consecrated’ respectively, suggestthe existence of two separate domains: one belonging to supernatural or divine beings, the other ruled by human, secular concerns. Sanctuaries or sacred places can be seen as liminal areas where these two domains overlap and where human cult participants can come into contact with the ‘The Other World’. In the processual archaeology of the 1960s and 1970s, this categorization was relatively rigidly employed. ‘Religion’ was considered as one of several, mutually interacting ‘subsystems’ that madeup human society. In practice, however, attention focused more on demographic, economic and social subsystems, as these yielded more easily quantifiable data. Recent studies on religion and archaeology, on the other hand, tend to emphasize the intertwining of realms and the diffuse character of boundaries. Religion is often seen as a generally structuring principle, which will affect many –if not all– kinds of human behaviour, including those usually labeled as economic, social or political. Archaeological scholarship of the Aegean and neighbouring Anatolian regions, as also represented by the five articles in this TMA, takes a somewhat special position. Traditionally there has been much greater emphasis on the study of religion, cult and (especially monumental) sanctuaries. In addition, the studies here all benefit from a relative wealth of archaeological, iconographic and sometimes literary material. Yet, in their general approach to the study of the sacred and with respect to the questions asked about boundaries and functions of sanctuaries, there are striking similarities with other sub-disciplines of archaeology. These articles therefore form an important contribution to a broader, international debate on archaeology, religious ritual and sacred space.
:download pdf:

Ritual differentiation of buildings at Çatalhöyük

In this paper I discuss the issue of ritual differentiation amongst the buildings at Çatalhöyük. Prompted by spectacular moulded imagery and wall paintings Mellaart interpreted many of the buildings at the site as ‘shrines’ rather than houses. However, current investigations have demonstrated that all buildings at the site were domestic units. Hodder has elaborated on this position and has suggested that all houses are homologous residential units with the same symbolism attached to them, and has negated any kind of ritual differentiation between the houses. From the sub-floor burial it appears however, that these were clustered in a few houses that were used by groups of associated households to bury their dead. Thus there is a ritual differentiation of buildings. Domestic houses can be shown to acquire more ritual status in the course of a series of rebuilding episodes, eventually serving as lineage houses in which people from a group of households were interred.
:download pdf:

Clothes for Gods and clothes for Man in the Minoan world

It has often been noted that it is difficult to distinguish between divinities and human beings in Minoan iconography since their dress and adornment are nearly identical. The present article explores the reasons for the many similarities in their representation. While these certainly imply a special relationship between worshipper and deity, they do not necessarily point to a priestly function or some other type of consecration. Indeed, it is found that in many cases the correspondences are based on age-related characteristics, especially youthful ones. This may indicate that in the Minoan world different age groups had their own specific gods and goddesses. These probably had a function in guiding children and adolescents through the different phases of life, but they may also have served as models on which their appearance was based.
:download pdf:

For ancient Greek worshippers there could be, at times, various reasons to be precise about the boundaries of a sanctuary. But apart from these rather special circumstances, would ancient Greek worshippers in general, thinking of, imagining, visualizing sanctuaries, be primarily concerned with their boundaries? This is the sort of question where iconography may be helpful. There are lots of vase paintings and reliefs depicting actions set in a sanctuary. How do the makers of these representations make this clear? What are the markers they use to indicate that the scene is set in sacred space? If we take the iconographical evidence from the vase paintings and the votive reliefs as a reflection of the views of average, largely non-intellectual, ancient worshippers, then we may observe that they did not think of sanctuaries primarily in terms of sacred space separated from the surrounding world. They were not much concerned with the boundaries of the sanctuaries. The most frequently used element to mark a space as sacred is –not surprisingly– the altar, i.e. the focus of the more important rituals performed in the sanctuary. Perhaps for them a sanctuary was more a sacred spot than a sacred space. Perhaps one could go one step further: the emphasis on the altar in so many representations of sanctuaries suggests that for the ancient worshipper a sanctuary was defined not so much by its separation from the surrounding profane human world, but rather by its direct connection to the divine world, through prayers and sacrifices at the altar.
:download pdf:

Degrees of sacredness within the Hellenistic Agora

The agora was arguably the most important public space within the Greek polis in the Hellenistic period. It was home to many different types of activity including political meetings, philosophical discussions and of course commerce. It was also the location of important temples and altars. In this article, I discuss, with reference to three case studies –Athens, Thasos and Messene– whether the terms sacred and profane are useful for understanding the way in which space within the agora was differentiated. I argue that it is in fact better to think in terms of degrees of sacredness. There was no such thing as profane space within the agora but there were certainly some areas that weremore sacred than others.
:download pdf:

This paper aims to interpret the role of indigenous sanctuaries in the Hellenization of inland Karia. Although coastal regions of Karia had been subject to Greek colonization from the Bronze Age on, mountainous inland Karia, with its own culture and language, remained fairly remote until the fourth century, when the Greek urban formula rapidly began to be applied in a conscious effort to politically (re)organize society according to the wider interests of the ruling powers. Towns were founded in the midst of established village federations and their sacred centers. A case study of Stratonikeia and the outlying sanctuaries at Lagina and Panamara examines how the relationship between town and indigenous cult worked. This relationship is further clarified by applying two current theoretical models. Finally, the author maintains that the inclusion of pre-existing cults in the politicized landscapes of the Hellenistic period was a critical factor of success for the urban phenomenon in Karia.
:download pdf: 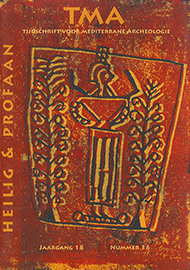