Ritual as an indicator of social change. The case study of the votive deposit Laghetto del Monsignore (Campoverde)

The article presents a case study of a pre-Roman sanctuary in Central Italy. The study of the pottery of the votive deposit ‘Laghetto del Monsignore’ indicates a date range from the Early Iron Age until the Post-Archaic period, approximately from the tenth until the fifth century BC. From the seventh century onwards an enormous increase in material can be seen in the votive deposit, with a peak in quantity between 600 and 550 BC. This peak coincides with the introduction of imported pottery, such as bucchero and Etrusco-Corinthian pottery, besides the already used impasto pottery. A functional analysis of the different pottery wares indicates that the introduction of imported pottery in the votive deposit did not influence the ritual already established in the previous period. The enormous preference in the imported pottery for vessels concerning ‘drinking’, in contrast to the use of impasto pottery of vessels concerning ‘eating’, might suggest that the imported vessels were used in a new ritual, probably connected to the symposia that were introduced in the Orientalizing period. Although the study of the pottery from the votive deposit seems to point towards a continuity of the ritual of the cult, the introduction of the imported pottery also indicates an apparent change in the ritual, influenced by the emerging aristocracy. Concerning the ritual of the votive deposit of Campoverde we can therefore conclude that ritual behaviour was influenced by external stimuli, although this did not cause a discontinuity of the cult at the site.
:download pdf:

Collective identities in funerary context: the case study of Melfi-Pisciolo

The necropolis of Melfi-Pisciolo is collocated in the northern part of the region of Basilicata (Southern Italy), nearby the river Ofanto. This article presents the analysis of a topographically isolated cluster of burials, excavated in 1971 by G. Tocco. Based on the spatial distribution of the burials, the analysis of the grave goods and the reconstruction of the funerary ritual some hypotheses are proposed on the various ‘constructed’ social identities of the community living here from the second quarter of the sixth to the end of the fourth centuries BC.
:download pdf:

Since the summer of 2006 the Groningen Institute of Archaeology has been actively involved in the investigation of the Monte Del Bufalo necropolis at Crustumerium, an Iron Age settlement in the north of Latium Vetus. The article dwells on the typology of the tombs and the development of the funerary ritual from the late 8th until the early 6th centuries BC. One relatively wealthy tomb cluster is dealt with in detail. In addition the article presents the preliminary results of the 2009 campaign and the research themes we intend to investigate in the upcoming years.
:download pdf:

From Temple to Church. Destruction and Renewal of Local Cultic Topography in Late Antiquity

Ashkelon 2. Imported Pottery of the Roman and Late Roman Periods

Escaping the Labyrinth. The Cretan Neolithic in Context 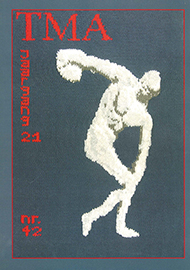