The ‘Goddess Theory’ is a feminist and pseudo-archaeological theory regarding the perceived prominence and power of goddesses and women in Prehistory. Supporters of this theory believe women fulfilled a central role in daily, religious and spiritual life of several prehistorical societies. Minoan Crete is one of the subjects in this theory. It is perceived as a peaceful, naturecentered, equal and joyous society, where people lived in harmony with the Goddess. The Goddess Theory is partly based on archaeological and anthropological findings. In this article the theory is reviewed and compared to the archeological record, and the ways in which archaeologists deal with followers of the theory will be discussed.
:download pdf:

Living the past through tribal traditions. Messapian cult places in the 6th – 3rd centuries BC

Theoretical studies that focus on the development of indigenous societies of Southern Italy in general and the Messapian world in particular are still somewhat of a rarity, despite the recent increase in archaeological research in these regions. While the growing body of indigenous archaeological material has resulted in several attempts to unravel the obscurities surrounding indigenous gods and rituals, spatial and functional analyses of their cult places on a more regional level are virtually absent. This paper reflects on and summarizes part of my MA thesis, in which I attempt to contribute to our understanding of these pre-Roman cult places, focussing on the functions of Messapian cult places within the context of their own indigenous society. Increasing regional (tribal) integration in religious contexts and political and economic centralisation on a local level, paradoxically, seem to have developed simultaneously in Messapia. Somehow, we should interpret these phenomena not as contradictory but as complementary. A sociological approach allows for a multi-levelled explanation.
:download pdf:

New Perspectives on Ancient Pottery. A research project of the Amsterdam Archaeological Centre

The article offers an introduction to a large research project (2 senior researchers, 6 PhD-candidates and support staff) which recently started at the archaeology department of the University of Amsterdam. The project hopes to present innovative ways of processing and studying Mediterranean ceramic finds, while at the same time reducing the backlog of several Dutch field work projects (Satricum in Italy, Halos and Zakynthos in Greece) and answering some relevant local and general research questions starting from pottery. All this also implies reflection on the methods and techniques of pottery studies, exploring new ways in data processing and the use of analytical methods. Moreover, NPAP also looks at the possibilities offered by comparing material and research methods from the regions where it is active. For information about the project or even to join in, its secretary can be contacted at npap@uva.nl.
:download pdf:

Towards a more comprehensive approach to issues of visibility in archaeological surveys.

This article is an exploration of the problems concerning surface visibility in archaeological field surveys. It discusses several methods used in survey projects to deal with surface visibility. It also discusses the results of experimental research concerning visibility. Furthermore it contains a statistical analysis of the data of the Sibaritide survey carried out between 2000 and 2008 by archaeologists of the Groningen Institute of Archaeology in Calabria, Italy.
:download pdf:

Settlement dynamics in the Sibaritide (Calabria, Italy) and northwest Crimea (Ukraine), a comparison of the impact of the colonial environment on settlement and society

This paper is a contribution to a comparison of settlement dynamics in Greek colonial environments in two very different parts of the Greek oikumene. The comparison is based on field data collected in two projects that the Groningen Institute of Archaeology is involved in. One environment is that of the Sibaritide in South Italy; the other is the Tarchankut Peninsula in northwest Crimea. These environments, with widely differing landscapes and unique indigenous constitutions, are seen to be impacted in very different ways by Greek colonial endeavours with very different results. Nonetheless, the material record shows that in each environment a common cultural property was developed and shared by Greeks and non-Greeks.
:download pdf:

The Urbanisation of Etruria. Funerary Practices and Social Change, 700-600 BC 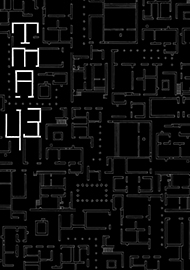