Bronze Age tumuli in Greece: The deconstruction of a ‘phenomenon’

Burial mounds, or tumuli, of the Bronze Age on mainland Greece have received a fair amount of scholarly attention in the past. Unfortunately, interpretations of the monuments are biased both due to the problematic nature of much of the evidence as well as to the profound impact of the different schools of archaeological thought. Archaeologists have generally focused on the visibility of tumulus mounds which unjustly trivializes the variety and complex developments of tumuli in Greece, and, in addition, isolated them in their discussion from other (burial) practices. In this paper, I explore the problems surrounding tumulus research and the focus of research in the past, which have led to continuously recurring lines of enquiry focusing on the rise and spread of the monuments and the meaning of their visibility. I propose to take a new approach that, while not disregarding the research that has been done, also takes into account the wide variety of practices underneath a tumulus and considers these practices within their local context in order to better understand the meaning of these monuments to the people of the Bronze Age.
:download pdf:

Whose grave? Discrepancies between image, text, object, space, and human remains in a Palmyrene tomb

When different sources stemming from Tomb C in Roman Palmyra are studied together, discrepancies arise about who was buried here. The funerary portraits and epitaphs did not always commemorate the same person, and both diverged from what archaeologists found inside the grave niches. Choices in grave goods and the placement of young children in the tomb highlight different concerns from those suggested by the memorials in text and stone. The in situ discovery of human remains, grave gifts, epitaphs and portraits in Tomb C provides unique insights into the different stages of Palmyrene funerary ritual. Yet, the discrepancies between the different categories also underscore major challenges in studying the remains of burial practices from the Roman Near East. This article illustrates how approaches that fully integrate different sources allow for more nuanced and multivariate reconstructions of burial customs.
:download pdf:

The last two decades have seen a paradigm shift in archaeology towards a strong focus on interconnectivity and intercultural exchanges. Especially in the field of Mediterranean archaeology, this shift is leaving its mark on debates about intercultural interaction and identity formation processes. As a result of this paradigm shift network approaches are increasingly used in archaeology to visualise and analyse different aspects of such intercultural interaction and its effects on Mediterranean communities. Bar a few exceptions, these new network approaches are, however, rarely used to study the seventhcentury Central Italian funerary world. This article presents a network method, based on the work of Lieve Donnellan, to analyse the cultural interconnectivity of seventh-century Central Italian funerary contexts. A set of tombs from the site of Crustumerium, located 15 km northeast of Rome along the river Tiber, figures as a case study.
:download pdf:

Space syntax in a Roman tomb. Spatial analysis of the tomb of the Scipios

Diet and health in pre-Roman and Roman Central Italy

In this article, bioarchaeological data (including dento-alveolar pathologies, stature, and isotope analysis) are used to investigate diet and health in pre-Roman and Roman Central Italy. Both the dental and stature data suggest that the pre-Roman diet was higher in proteins with better nutritional values compared to that of Roman populations. Higher statures found in rural areas might suggest that these societies had access to a larger amount of meat and animal products (and thus proteins). The Imperial period saw a growth in population, an increase in the importance of processed food, mass production of food in production centres all over the Roman Empire, and thus a growing import of products. The quality and diversity of the diet might not have improved, but the possibility of importing food in times of need resulted in lower levels of (nutritional) stress compared to the pre-Roman period.
:download pdf:

Third parties inevitably play an important role in funerary practices. After all, a dead person cannot bury himself, but is interred by his kin, friends, or other members of society. In the Roman world, there is a lot of evidence for family burials, but also of burial by associations – collegia – and professional undertakers – libitinarii. For Roman Sagalassos (Pisidia, Southwest Turkey, first to fifth century AD), there are several indications that the majority of burials were a family affair. This paper will summarize the evidence for these kinship practices and summarily explore their development throughout the Roman Imperial period. Apart from the archaeological context, grave goods, grave architecture and epigraphy, this study will use aDNA-analyses and physical anthropological study of the skeletal material to obtain a better understanding of how the families of Roman Sagalassos buried their dead.
:download pdf:

Visualizing cityscapes of Classical antiquity: from early modern reconstruction drawings to digital 3D models. With a case study from the ancient town of Koroneia, in Boeotia, Greece

Death as a Process: The Archaeology of the Roman Funeral

The Mycenaean Cemetery at Agios Vasileios, Chalandritsa, in Achaea

Farmers and Agriculture in the Roman Economy

Moulding love: a study of changing perceptions of sexuality and the body in Hellenistic Egypt and the Mediterranean through terracotta figurines of Isis-Aphrodite Anasyromene and Baubo

The ashes in the Acropolis. The Parthenon and its ‘narratives of antagonism’

Moving statues. The introduction and impact of Greek original statues in Republican Rome

Diet, differentiation and globalization in the Roman province of Macedonia. A bioarchaeological approach 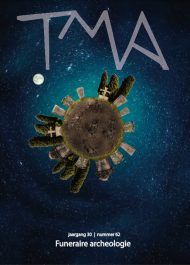